It’s been a long while since this beer ambassador and burgundian extraordinaire has been on a beer hunt. Always in my deepest regards and utmost respect is the modern Beer Hunter (and Whisky Chaser) himself, the affable Michael Jackson. In my own humbly-bumbly way do I aspire to in some way open eyes, broaden minds, and curious tastebuds create. And so into the summer of 2011 do I once more test waters near and far for hidden jewels ripe with moments unforgettable wrapped in endless joy.

As a Vero Beach native (2nd generation thankyouverymuch), there are many landmarks that define our relaxing shores. A staple of natives and seasonals alike, Mr. Manatees has been serving the Treasure Coast for almost as many years as I have been alive. That’s thirty-something of my thirty-three years with no doubt that the Manatee will be around for at least another thirty-something. A steady formula and a commitment to being, well, Mr. Manatees, has created a Royal Palm Point staple I’ve visit via land and water. Fancy? No. Revolutionary? No. Totally local? Yes. The moment is what we make of it, so make of it I happily did.

It had been a few months since my last visit but I had faith little had changed, and I was right. If anything, yours beerly has changed in that long while since. One with the moment, I waltzed into Mr. Manatees with a hankering for her unique je ne sais quoi.

And just what would that be?

Domestic beer and comforting fried niblets of surf, turf, and gator tail. Gator tail notwithstanding, I wasn’t exactly there for the beer, but a recent munch had revealed a familiar staple – Samuel Adams Boston Lager. Occasionally on draft though easier to find in the bottle, she was a welcome sight for these beer geek eyes. As our waitress placed two bottles (sides checked for date freshness) along with two glasses on the table, frosted for Chris and non-frosted for me, happy days were here again.

Ground-breaking?
No.
But a far cry better than my choices behind macro doors number 1, 2, and B.O.R.I.N.G.
Speaking of our daily bread, Sierra Nevada Pale Ale would be a most refreshing addition.
Just saying…

With one Boston Lager sitting happy in my belly, along came another just in time for Manatee’s special of the day: coconut chicken sandwich. In fact, make that two coconut chicken sandwiches ala Boston Lager as Chris and I sat opposite each other in mirrored burgundian reflection. I’ve had coconut encrusted fish but never chicken and as my barren plate was taken away, I’d say the tastebuds indubitably approved. The chicken was tender, the coconut flakes golden and crisp, and together with the usual condiments and fries, the moment came, tasted, and conquered.

Bellies full from Boston to Florida, Chris and I slowly savored our time on the patio overlooking the Indian River and her adjoining canals. A landscape surely changed over time and circumstance, windows have replaced open air while A/C took the place of Mother Nature’s soothing breath. All in all though, the beer was good, food satiating, view nostalgic, and service pleasing. And while I am at it, be sure to preclude any and all meals with Mr. Manatee’s melt-in-the-mouth teriyaki steak bites. Medium-rare is my desire. Yours?

The verdict? You will just have to visit Mr. Manatees of Vero Beach and taste for yourself. Leave the day behind, even if only for a while, and enjoy the expected. I did. 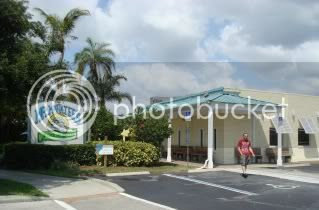 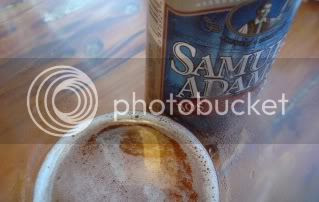 (an original written work by Kristyn Lier. plagiarism is not tolerated)
Posted by Kristyn at 9:29 AM